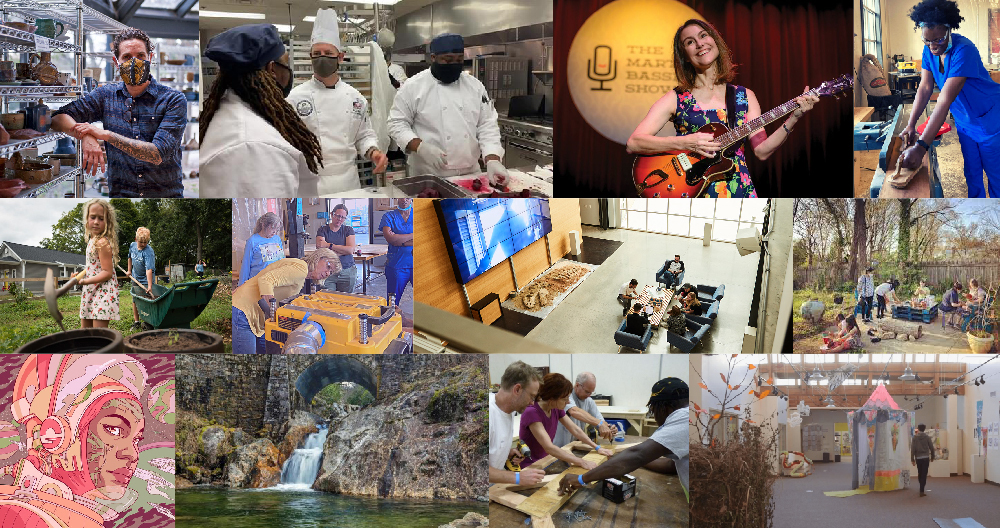 In accordance with N.C. state health recommendations and for the safety of participants and attendees, festival organizers ask that masks be worn at all times.

11:00 a.m.
ICWS Music Panel Featuring Local Musicians and Music Curators from Winston-Salem – Moderated by Martha Bassett, singer/songwriter and Donovan Livingston, Assistant Dean, Wake Forest University Office of University Collaborations and spoken word poet, will reflect on the ways their work and creative processes have evolved in lieu of the pandemic, while also offering perspective on the future of the local music scene in Winston-Salem.

Panelists include:
– Glenn Cantave, co-founder and CEO, Movers & Shakers, whose pathbreaking Monuments Project was featured in the first ICWS ‘Beta Bonfire’ and will engage Winston-Salem later this fall.

1:30 – 2:00 p.m.
Authoring Action is an organization that provides tools to youth for their personal success in any career, calling and life path. Our students are authors of their own lives once they have learned to think analytically, present confidently and express themselves dynamically through creative writing, speech, film and design.