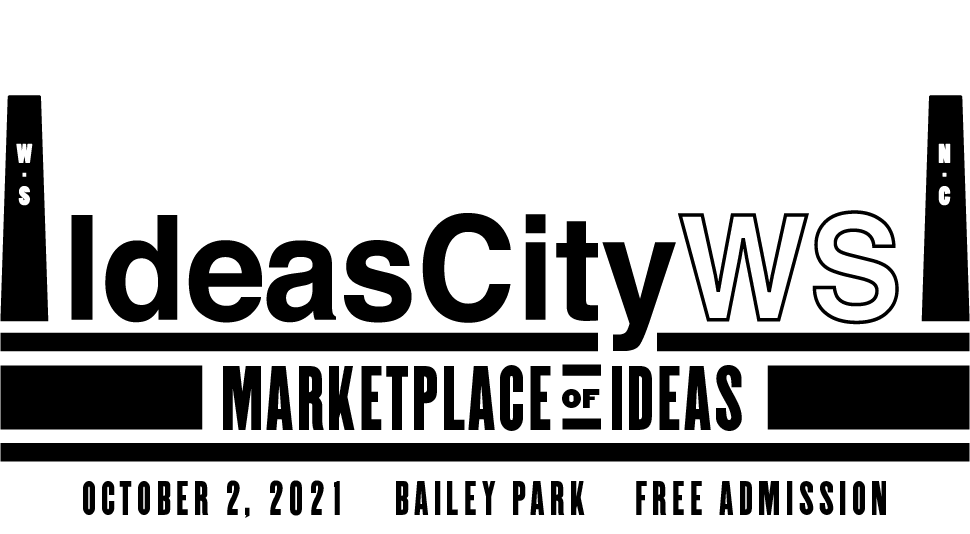 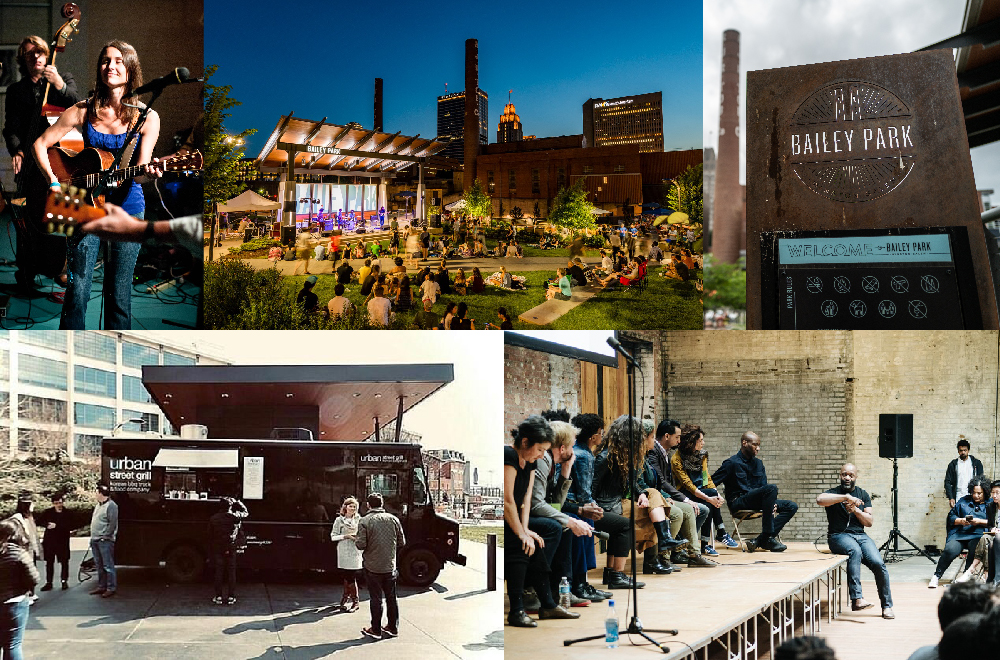 Wake Forest University, New York City’s New Museum, and dozens of local community partners will mark the culmination of a year of creative collaborations with the IdeasCityWS Marketplace Of Ideas festival on Saturday, October 2, in Bailey Park.

IdeasCityWS Marketplace Of Ideas festival will feature interactive exhibits from two dozen local creative organizations representing progressive contributions in art, tech, design, and culture. On display will be a range of working ideas poised to move our communities forward as we reimagine a post-pandemic Winston-Salem. In addition to the marketplace, the festival will include panel discussions featuring Kennedy Center Citizen Artist Fellows, prominent figures in the Winston-Salem music scene, and mayors from cities across the country. Other attractions throughout the afternoon and evening include performances highlighting the diverse local music scene, and a live performance of The Martha Bassett Show will conclude the festival on Saturday evening. Food trucks and beverages from Incendiary brewing will be available.

IdeasCity, which began in 2011 as a program of the New Museum, views intersections among art, culture, design, and technology as essential to the future vitality of cities. In 2020, Winston-Salem joined a global list of cities chosen as IdeasCity hosts including, Athens (Greece), Detroit, Singapore, Istanbul, New Orleans, Toronto, Sao Paulo, Arles, and New York City. Over the past year, virtual “Beta Bonfires” pairing New Museum’s NEW INC incubator partners with Winston-Salem creatives have explored artistic and entrepreneurial solutions to current issues.

“It’s been so gratifying for the New Museum to partner with Wake Forest University. We’ve been introduced to and collaborated with local partners who are leading the way on how Winston-Salem can lean into its entrepreneurial community and support a growing creative economy. W-S’s IdeasCity Festival will be a day to share the homegrown talent, the innovation and create a space for civic joy.” Karen Wong, Deputy Director, New Museum